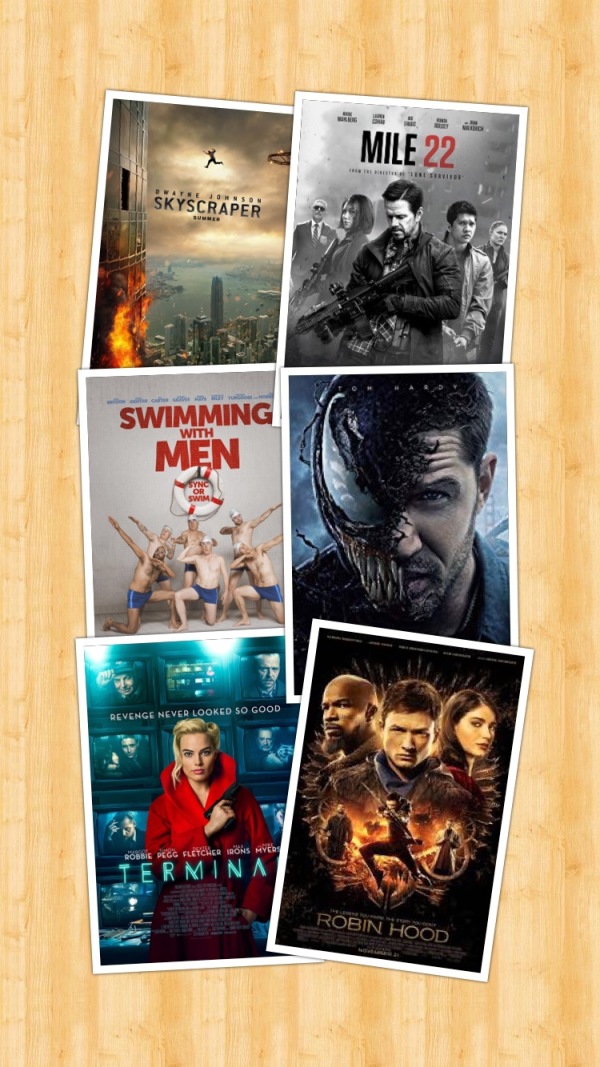 Hello everyone! Of the films released in the UK during 2018, these are the six I thought were the most disappointing. 6. Skyscraper I'm all for dumb action films, but this was too much. Dwayne Johnson is as likeable as ever, but even he can't save this film from scraping the barrel. Good guy has... END_OF_DOCUMENT_TOKEN_TO_BE_REPLACED

⭐⭐ Based on the character from Marvel comics but, apparently, a standalone film separate from the Marvel Cinematic Universe, Venom features Tom Hardy as maverick investigative journalist Eddie Brock tasked with interviewing Riz Ahmed’s shadowy philanthropist Carlton Drake. Drake is concerned with mankind's wasteful ways and the damage being caused to our planet, and so obsesses with... END_OF_DOCUMENT_TOKEN_TO_BE_REPLACED

⭐⭐ Poor old Rob Brydon’s Eric is down on his luck. Stuck in a dead end job whilst his wife’s political career is flourishing, he convinces himself she’s having an affair. As his world begins to crumble he seeks solace from the one thing that provides him with a hint of comfort; swimming.  In the pool... END_OF_DOCUMENT_TOKEN_TO_BE_REPLACED