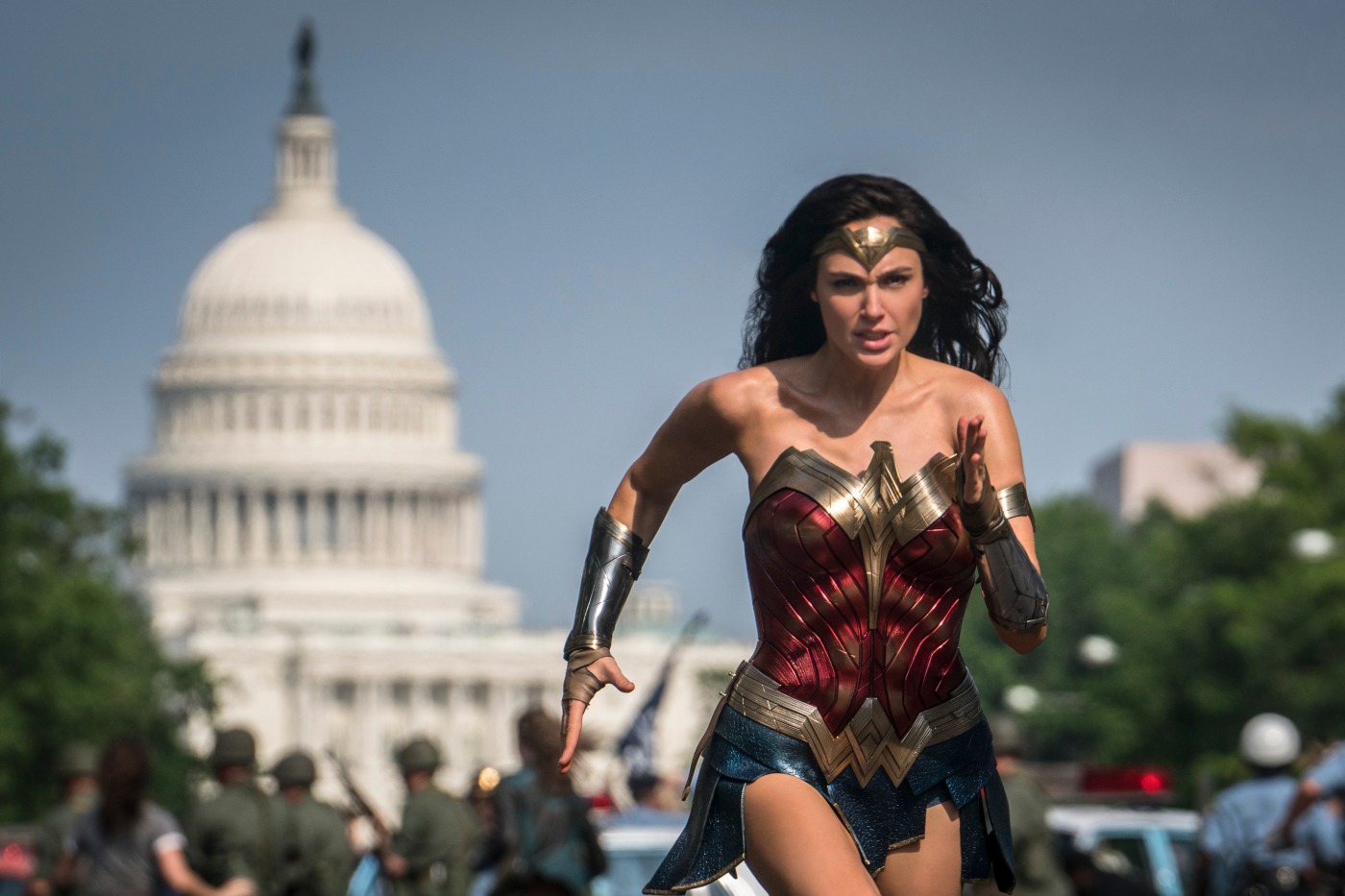 One of the higher profile cinematic victims of the Coronavirus pandemic, Wonder Woman 1984 finally hits the big screen several months later than originally planned. Arriving in UK cinemas for just a month from December 16th, it will then potentially receive a Premium Video On Demand release too (this will be confirmed soon). Sadly, due to new COVID-19 related restrictions, this will not be a national release, but select cinemas in the appropriate tiers.

Gal Gadot returns in the title role as one of the few critical success stories to fly in from the DC Universe of superheroes. Director Patty Jenkins is once again at the helm and places the action in Washington during 1984. Diana’s living as normal a life as possible. Well, as normal as an Amazonian Superhero Princess can. Sorting out the bad guys with her trusty Lasso of Truth, she anonymously protects the city’s citizens whilst still yearning for her lost love, Steve (Chris Pine).

Now busy working at the Capital’s Smithsonian, the FBI ask for her and the museum’s help in identifying a hoard of rare and unusual antiquities. One item in particular, a mythical stone that supposedly grants wishes, catches the eye of oily entrepreneur Max Lord (Pedro Pascal). His desire for power leads to devastating consequences, but it’s not just Max who’s intrigued by the rock. Frustrated at being ignored by her co-workers and envious of Diana’s confidence and beauty, Barbara (Kristin Wiig), one of Diana’s colleagues, longs to be more like her. Before you know it, Wonder Woman has not one, but two villains to take on as Barbara transforms into The Cheetah, a brutal and formidable foe.

Embracing the commercial excess of the time in her story, Jenkins has very much created an 80s film, rather than a film set in the 1980s. There’s a comforting sense of familiarity running throughout. That could be nods to previous superhero films or just the nostalgia the period brings, but either way, it works. Yes, at two and a half hours it’s slightly overlong and the rather simplistic use of wishes to advance the narrative and justify certain characters returning is a bit too convenient, but those are minor issues.

Pedro Pascal handles his descent into a deranged, power-hungry megalomaniac with panache whilst Kristen Wiig is also a highlight as she transforms from a meek kitten into the assertive Cheetah. But this is still very much Gadot’s film and her endearingly optimistic outlook is reminiscent of Christopher Reeve’s Superman all those years ago. Diana has much more of an emotional journey here than in the previous film as she deals with the burden of sacrifice. We see a much more vulnerable side to her, which makes her even more accessible. There’s a timely message about love and hope throughout, but highlighted even more so at the film’s climax. Given what we’ve all been living through recently, its impact can’t be underestimated.

Some spectacular set-pieces include a breath-taking return to Themyscira and a firework display that needs to be seen on as big a screen as possible. Hans Zimmer’s score is even more majestic and bombastic than usual with one particularly piece, as we take to the skies, simply magnificent and triumphantly uplifting.

Still the jewel in the DC crown, Wonder Woman 1984 is another rip-roaring adventure full to the brim with excitement and heart.