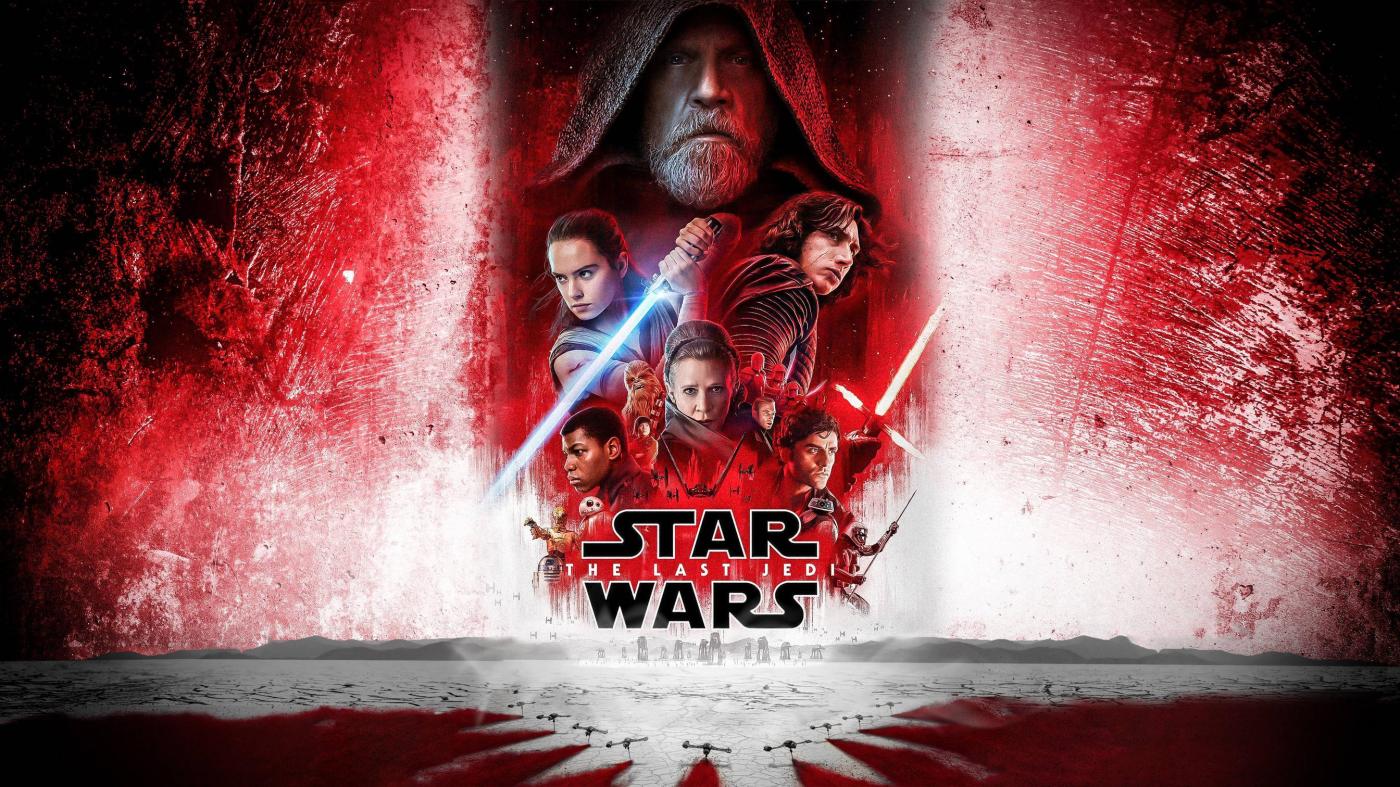 There aren’t too many movie franchises that harbour the amount of hysteria and anticipation that comes attached to any film with the words Star Wars in their title. Rian Johnson slips into the director’s chair, as well as taking on writing duties, taking us to a galaxy far far away and bringing forth The Last Jedi, episode VIII of the long running saga.

Starting from where episode VII finished, the evil First Order is in hot pursuit of the rebel scum to hopefully wipe them out once and for all, whilst Daisy Ridley’s Rey attempts to enlist Luke Skywalker’s help in preventing that from happening.

After the exquisite tease of seeing him after such a long time at the end of The Force Awakens, Luke is well and truly back, but not as you remember him. Gone is the naive farm boy of yesteryear and in his place is a sarcastic, bitter and angry old man. The reason for this? Adam Driver’s Kylo Ren. To say the pair had a falling out would be an understatement. Let’s just say what happened between them was murder on their relationship.

Kylo has the most interesting journey of all the characters in this instalment as he struggles between the dark and light side of the Force. His connection with Rey is explored in more depth, and these moments of quiet contemplation and conversation manage to work amidst the surrounding chaos.

There’s more of the excellent Oscar Isaac as Poe Dameron as he shows his leadership skills along with his piloting prowess and a welcome addition to the cast is Kelly Marie Tran as Rose Tico, an engineer paired up with John Boyega’s Finn.

The dog-fights still look good, the light sabre duels are always a thrill and some of the cinematography is spectacular as is the mighty John Williams score, but the film is 20 minutes too long. Finn and Rose go to a Monte Carloesque city to enlist the help of master code breaker, a lethargic Benicio Del Toro, and the whole sequence feels like it was written simply to give Finn something to do.

Domhnall Gleeson, as General Hux, hams it up to the point of ridiculousness and Andy Serkis’s Snoke works better in the flesh, rather than in hologram form, but still fails to reach the menacing heights reached by Darth Vader, the Emperor or even Darth Maul.

Moments of poignancy are hit and miss because we don’t know some of the characters well enough. There’s a scene between Carrie Fisher’s Leia Organa and Laura Dern’s Vice Admiral Amilyn Holdo that warrants a shrug of the shoulders rather than the emotional payoff that was aimed for.

Some of the attempts at humour fail to hit the mark. It’s as if the film is trying too hard. Finn quipping, “Let’s go, chrome-dome!”, as he prepares to fight an underused Gwendoline Christie as Captain Phasma was particularly jarring. Star Wars scripts have often been criticised in the past and The Last Jedi won’t win any Best Screenplay prizes as a lot of the dialogue doesn’t flow. The use of “snuffing them out” twice in 10 minutes is arguably picky on my part, but screamed laziness. The overuse of cutesy animals will please anyone under the age of nine, but will probably annoy everyone else. Thank you, Disney. Oh, and you’ll probably never look at a McFlurry in the same way again courtesy of one of the most bizarre and unnecessary lactating scenes in film history.

Regardless of its flaws, and there are many, The Last Jedi is still an enjoyable film and closes certain chapters in the Star Wars universe whilst opening new avenues ready to be explored in the next episode.